​Government College Credit should follow you to the college of your choice, regardless of being
religious or secular, equal schooling for all students, the power of decision is entirely up to the student and parents.
Preschool and grades K through 12 will have Funding/Credits/Grants that follow all students to the school of the parents, students
choice, regardless of being private or public, religious or secular, or homeschooling. In Homeschooling, the teacher of the children is paid
a reasonable salary to educate the children in the home, as if they were working another job. The family won't lose
any income just because they want to home-school their children, $18,400 will be dispensed for homeschooling which
is the average amount the government already pays per child for education, and is also the average wage earned
working a part time job in Minnesota 9 months per year is also about $18,400.

Gene Rechtzigel will install law and order again, to make all citizens safe and secure.
Increased Police pay keeps the bad guys away, keeps Police healthier, and fully focused on their job.
There are 2 defenses to crime, the positive defense is having the bible and prayer in education (putting God first
in education), which will reduce crime by 2/3rd's as the population increases threefold (Rochester, New York).
There is also the negative defense, the safety net, which is the enforcement of laws, which need to be administered
in a fair and impartial manner, that is not overly burdensome, to the general public's liberty.
We need to add the positive defense, so we don't rely 100 percent on the negative defense which is what we are
currently doing in the enforcement of laws. Gene Rechtzigel, after being elected, will author/promote a crime bill
that will give all Congress members the authority to activate national guard and secure the area of their
congressional district when state/local governments fail their duty and responsibility to
protect the lives, property, and welfare of all the people to be safe and secure in their community.

1. Health- Congress needs to pass a great American healthcare system, GENECARE that gives power back to the people
better than ever before, and provides a healthcare system that truly honors the people's independent freedom,
to choose the healthcare coverage you need and want, we will cut payments to the UN and redirect the money to the American people:
a. Tier 1 Healthcare coverage provides a yearly 4,800 dollar payment to a healthcare voucher card that provides
the choice of preventive and/or alternative care providers, including traditional Chinese medicine. This money never
expires and accumulates every year.
b. Tier 2 The citizen buys insurance coverage from 4,800 to 79,000 allowing freedom to choose from all insurance companies
throughout the U.S. which has maximum competition to drive down policy premiums, and giving the citizens personalized
choices to choose the plan that suits you best, within your budget.
c. Tier 3 The Government pays in full 79,000-unlimited and your health coverage voucher card turns into a medicare
card until the end of the fiscal year. 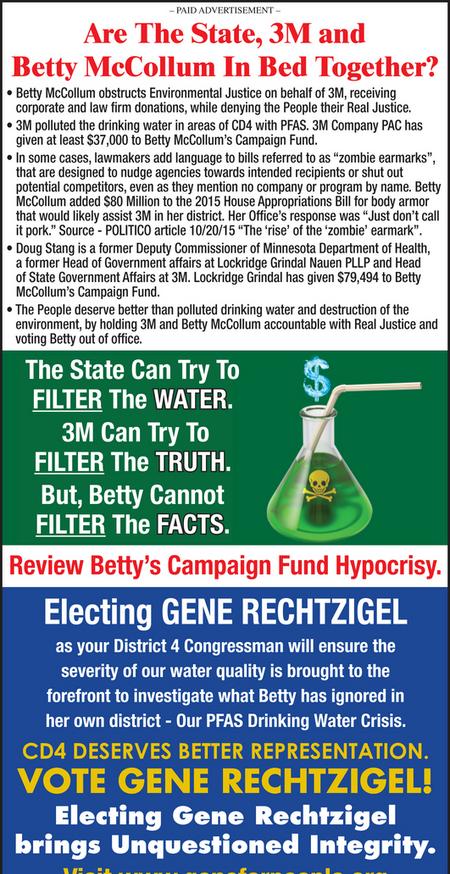 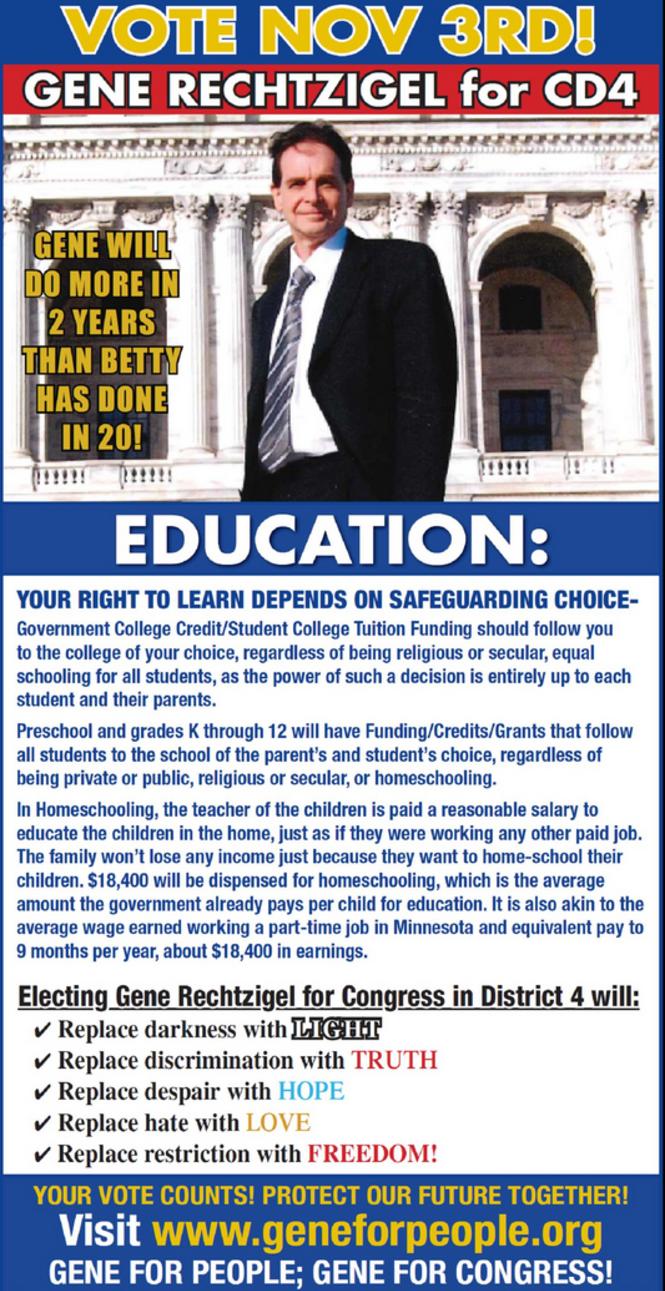 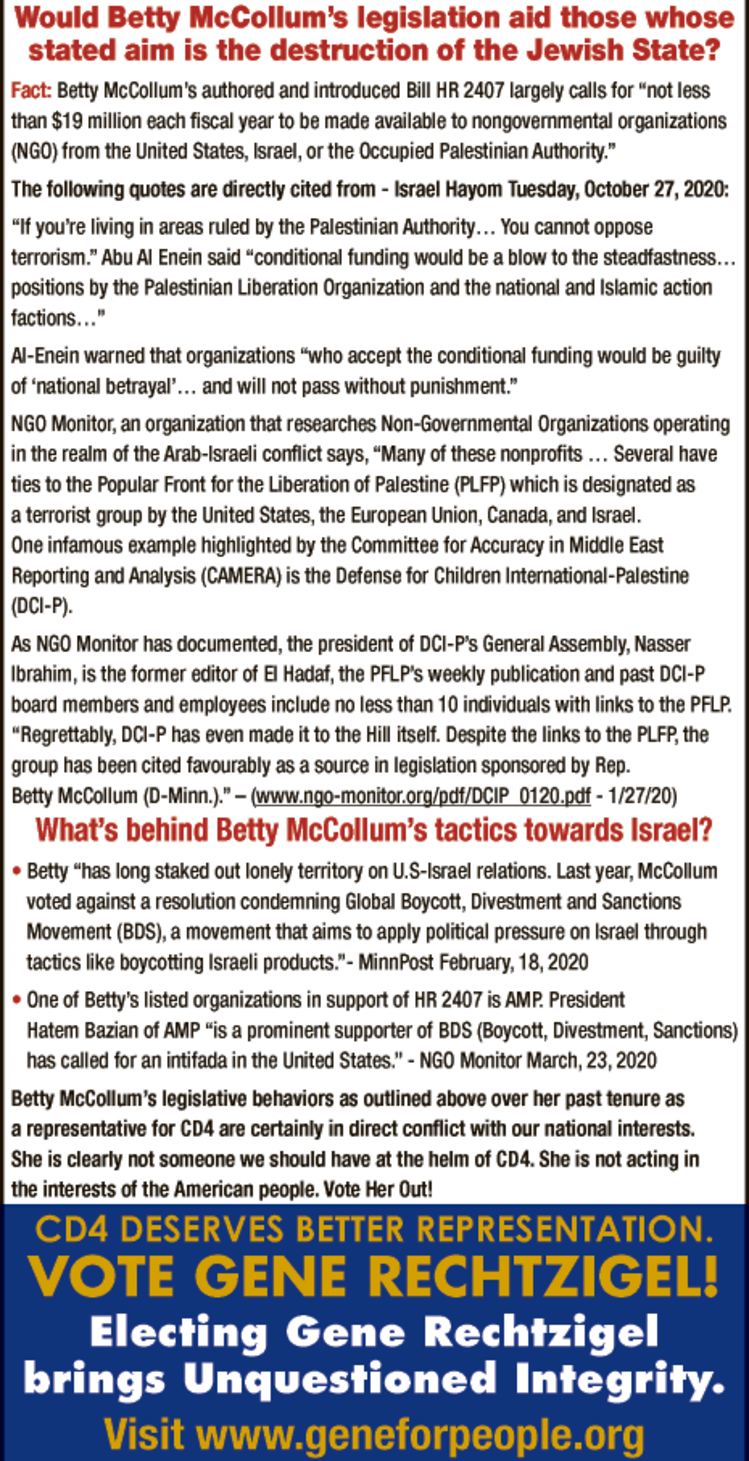 Gene for People:  ​Is Betty McCollum a sponsor of Iran Terrorism?  Why is Betty McCollum protecting and supporting Iran's terrorist acts of attacking the United States in the middle east (H.Res.781 - Providing for consideration of the concurrent resolution (H. Con. Res. 83) directing the President pursuant to section 5(c) of the War Powers Resolution to terminate the use of United States Armed Forces to engage in hostilities in or against Iran (116th Congress (2019-2020)))??? 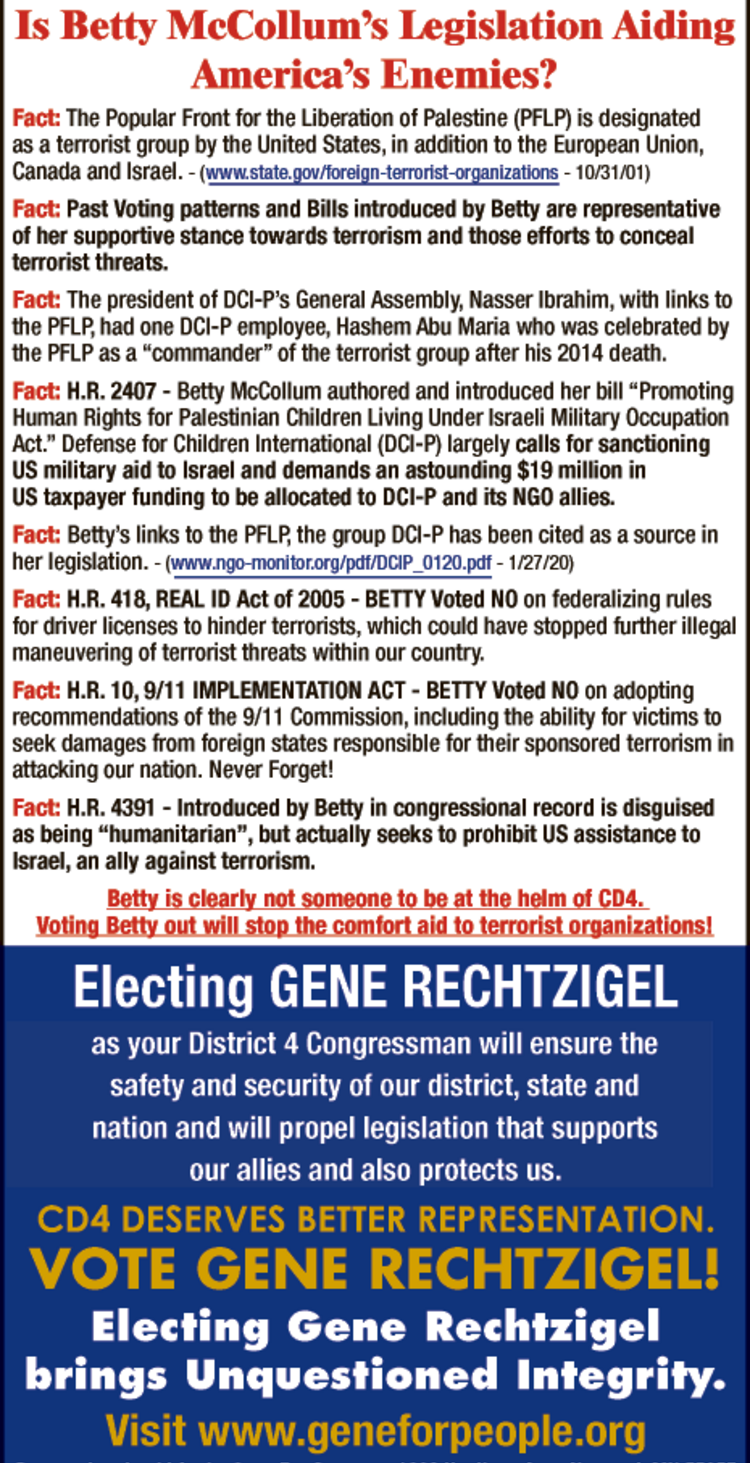 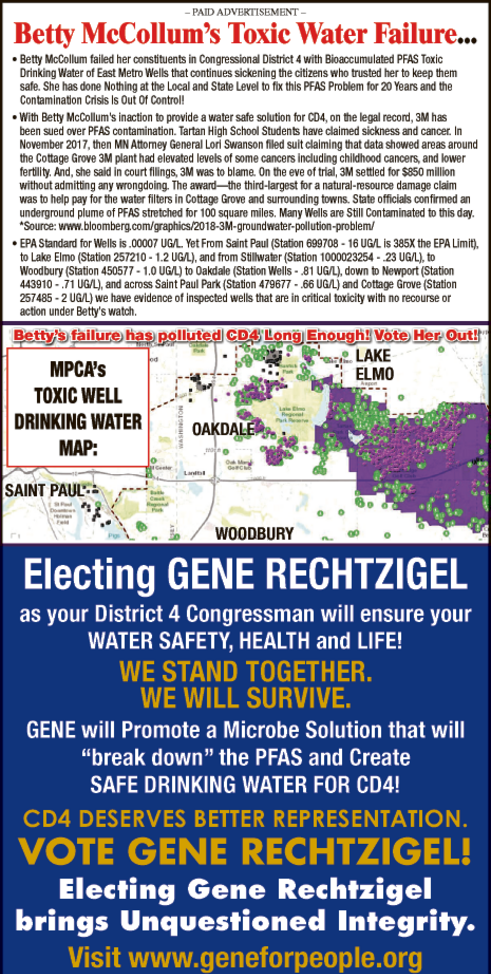 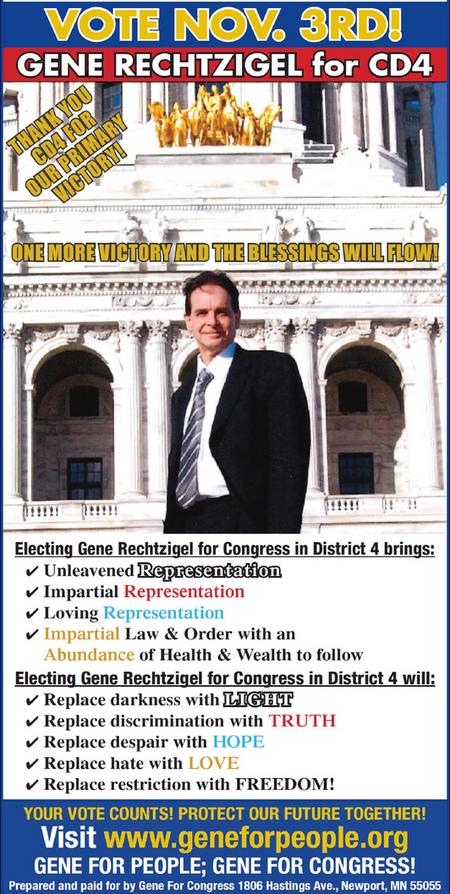 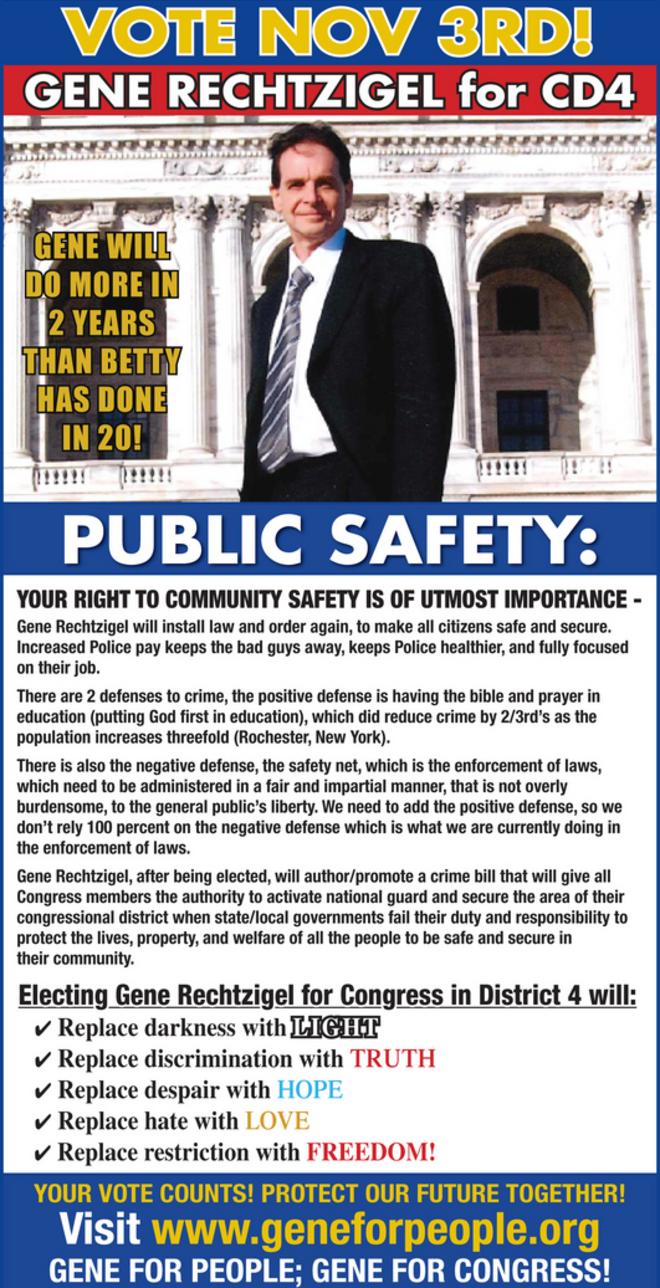 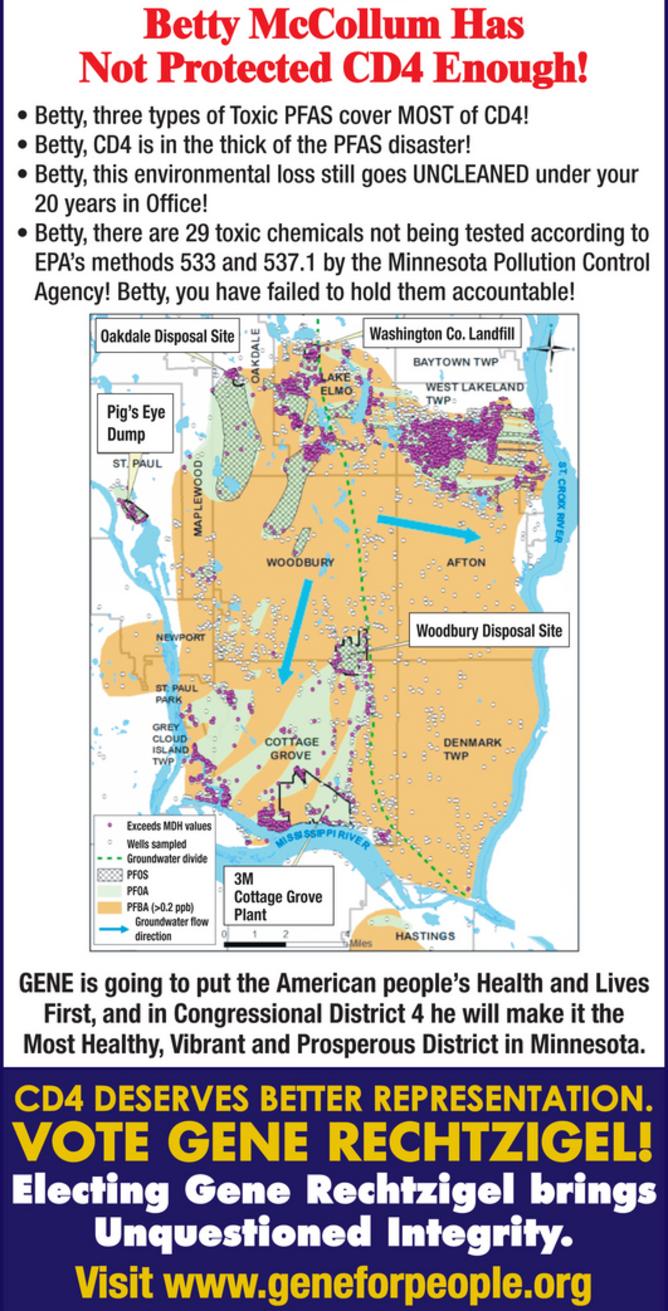 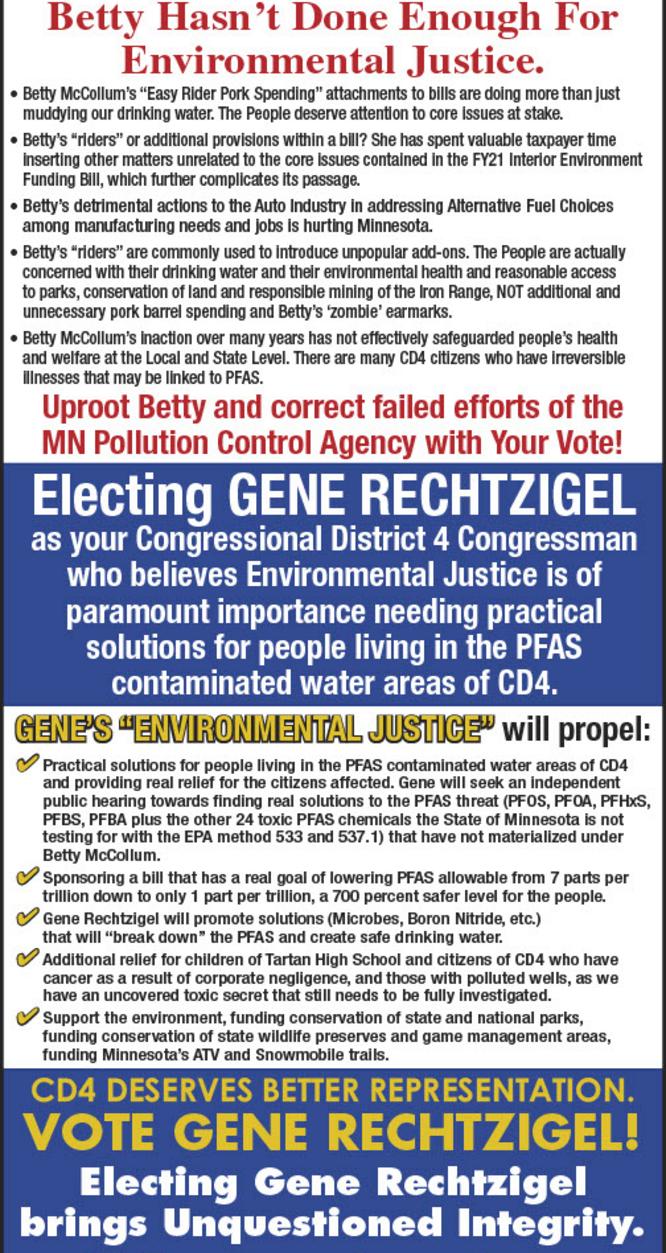 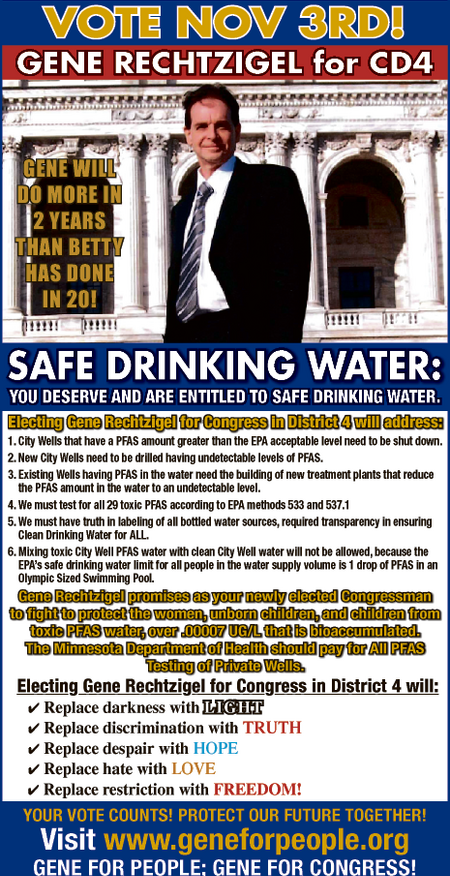 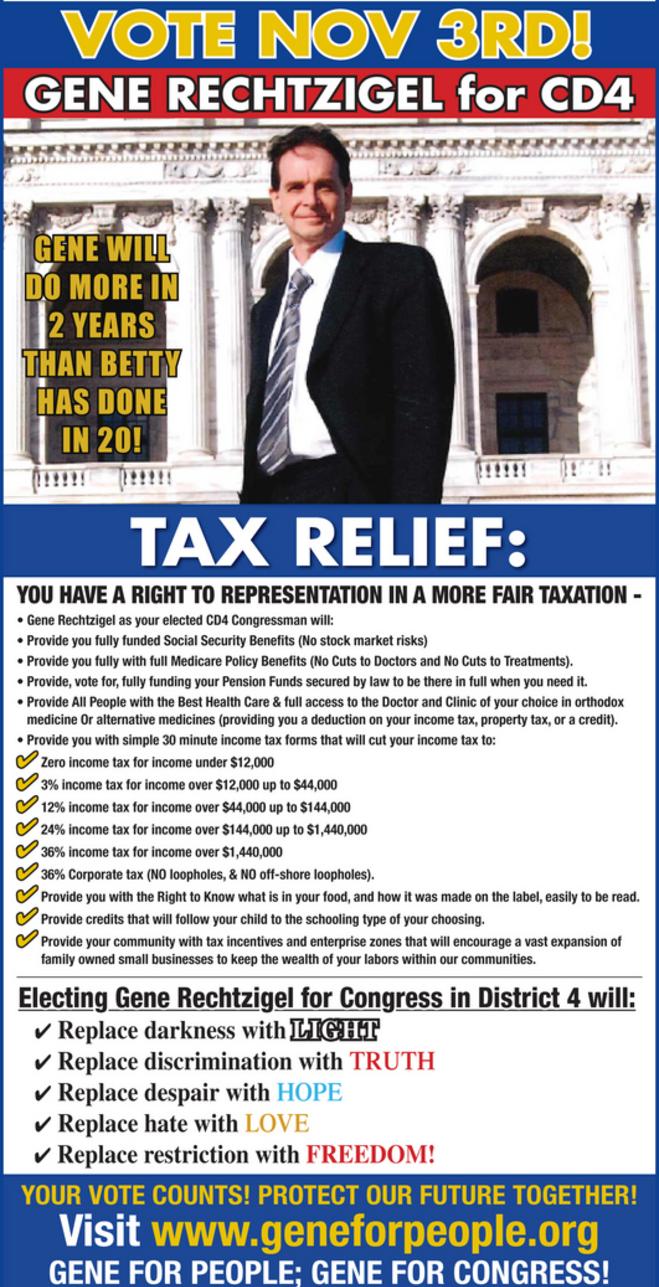 Gene for People:  GENECARE is a solution to COVID-19:

FACT:  The Popular Front for the Liberation of Palestine (PFLP) is designated as a terrorist group by the United States, in addition to the European Union, Canada and Israel. - (www.state.gov/foreign-terrorist-organizations - 10/31/01)
FACT:  H.R. 2407 from H.R. 4391 - Betty McCollum authored and introduced a bill "Promoting Human Rights for Palestinian Children Living Under Israeli Military Occupation Act" which is a facade for "Defense for Children International (DCI-P)"; H.R. 2407 largely calls for sanctioning US military aid to Israel, while demanding "not less than $19,000,000 each fiscal year" (no cap), to some non governmental organizations (NGO), like AMP, and PFLP linked DCI-P whose aim is the Boycott, Divestment and Sanctions movement and the destruction of the Jewish State of Israel.
FACT:  The president of DCI-P's General Assembly, Nasser Ibrahim, with links to the PFLP, had one DCI-P employee, Hashem Abu Maria who was celebrated by the PFLP as a "commander" of the terrorist group after his 2014 death.
FACT: "DCI-P board members and employees, past and present, including no fewer than 10 individuals with links to the PFLP" - ISRAEL HAYOM, Tuesday, Oct. 27, 2020
FACT: "Regrettably, DCI-P has even made it to the Hill itself. Despite the links to the PFLP, the group has been cited favorably as a source in legislation sponsored by Rep. Betty McCollum (D - Minn.)." - ISRAEL HAYOM, Tuesday Oct. 27, 2020
FACT:  H.R. 4391 - INTRODUCED BY BETTY IN CONGRESSIONAL RECORD IS DISGUISED AS BEING "HUMANITARIAN", BUT ACTUALLY SEEKS TO PROHIBIT US ASSISTANCE TO ISRAEL, AN ALLY AGAINST TERRORISM.  H.R. 4391 has DCI-P stated.
FACT: BETTY'S LINKS TO THE PFLP, THE GROUP DCI-P HAS BEEN CITED AS A SOURCE IN HER LEGISLATION. - (www.ngo-monitor.org/pdf/DCI-P_0120.pdf - 1/27/20)
FACT: Past Voting patterns and Bills introduced by Betty are representative of her supportive stance towards terrorism and those efforts to conceal terrorist threats.
FACT: H.R. 418, REAL ID Act of 2005 - BETTY Voted NO on federalizing rules for driver licenses to hinder terrorists, which could have stopped further illegal maneuvering of terrorist threats within our country.
FACT: H.R. 10, 9/11 IMPLEMENTATION ACT - BETTY Voted NO on adopting recommendations of the 9/11 Commission, including the ability for victims to seek damages from foreign states responsible for their sponsored terrorism in attacking our nation. Never Forget!Betty is clearly not someone to be at the helm of CD4, Voting Betty out will stop the comfort aid to terrorist organizations!
(Gene for People,(GeneforPeople.com)(GeneForCongress)(GeneForPeople), 2:49 AM, October 29, 2020 CST)(Solving tomorrows problems today)(Gene for Congress, (https://geneforpeople.org) 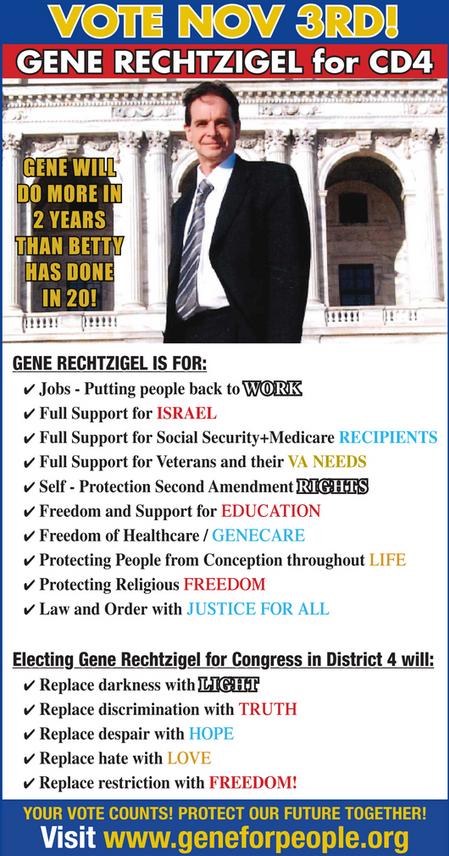