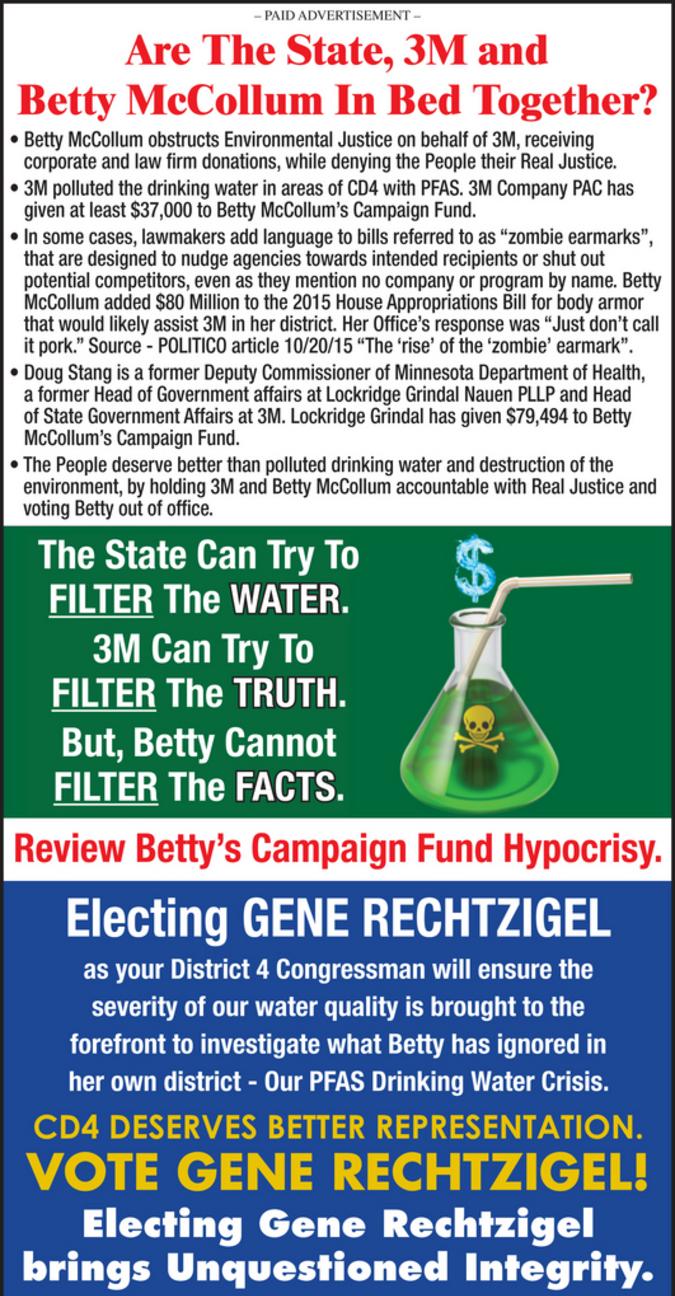 Gene for People:  "Minnesota Study Is First To Show Cause-and-Effect Link Between 'Forever Chemicals' in Drinking Water and Reproductive Harms" - EWG, By Monica Amarelo, Friday, September 11, 2020 -
"​A study of almost 50,000 births in Minnesota is reportedly the first to establish a cause-and-effect link between high levels of the fluorinated "forever chemicals" known as PFAS in drinking water and higher rates of infertility, premature birth and low birth weight babies."
"According to the researchers, from 2001 to 2006, babies born in Oakdale were 36 percent more likely to be underweight and 45 percent more likely to be born prematurely, compared to babies born in cities where the water was not contaminated with PFAS. And the fertility rate was 15 to 25 percent lower among Oakdale women of childbearing age, compared to the general Population."
"Grandjean,​ an adjunct professor of environmental health at the Harvard T.H. Chan School of Public Health, is co-author of a groundbreaking 2015 study that found that a safe level of PFAS in drinking water is as low as 1 part per trillion, or ppt...."
(Gene for People,(GeneforPeople.com), 3:07 AM, October 15, 2020 CST)(Solving tomorrows problems today)(Gene for Congress, (https://geneforpeople.org),  Vote For the light, Vote For Gene Rechtzigel For Congress, Minnesota CD 4 -  November 3, 2020, General Election! 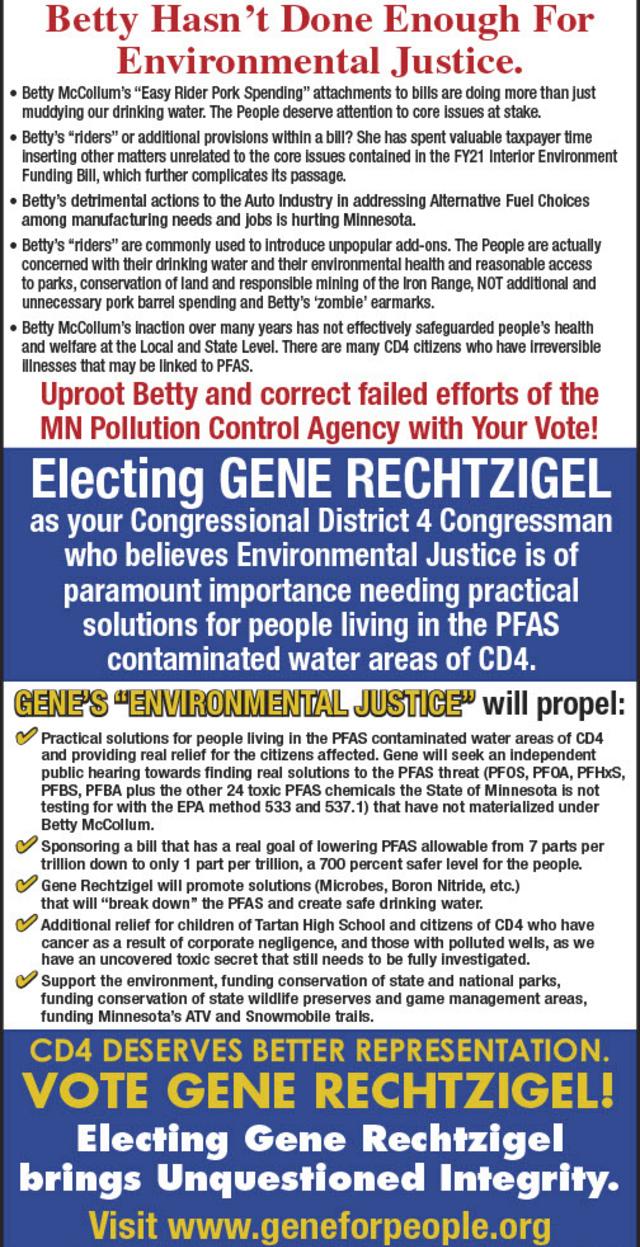 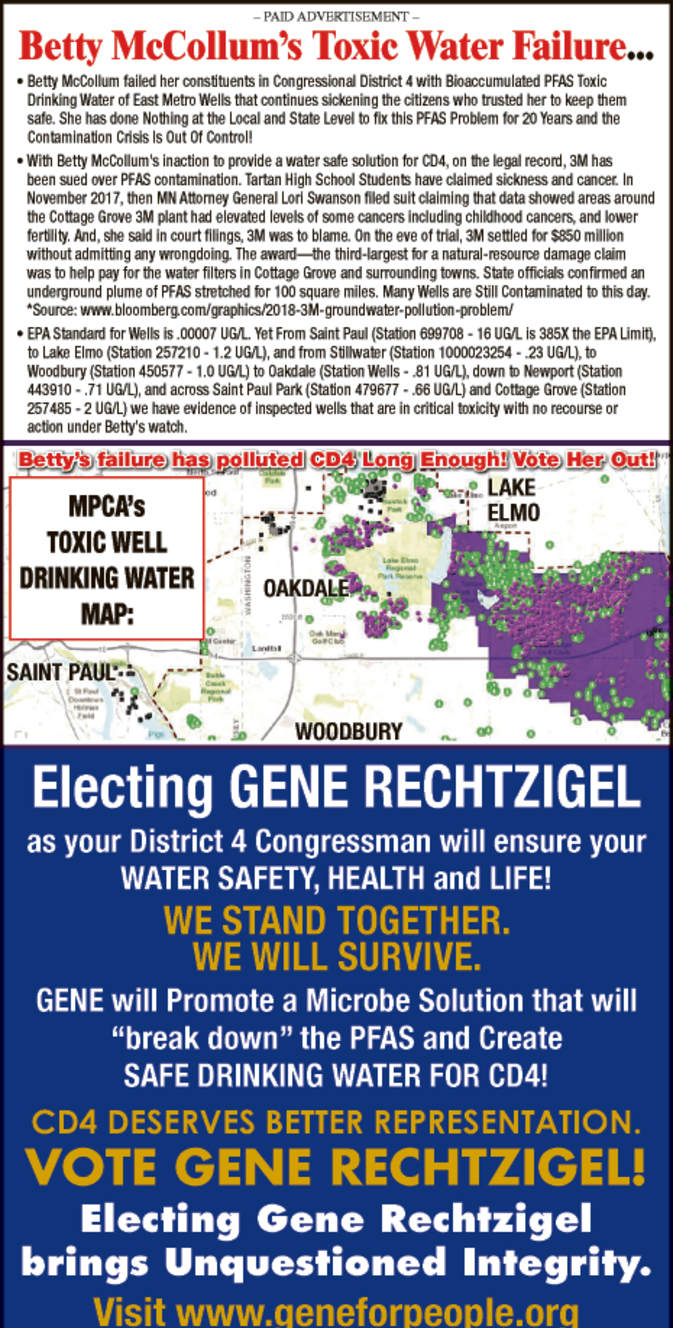 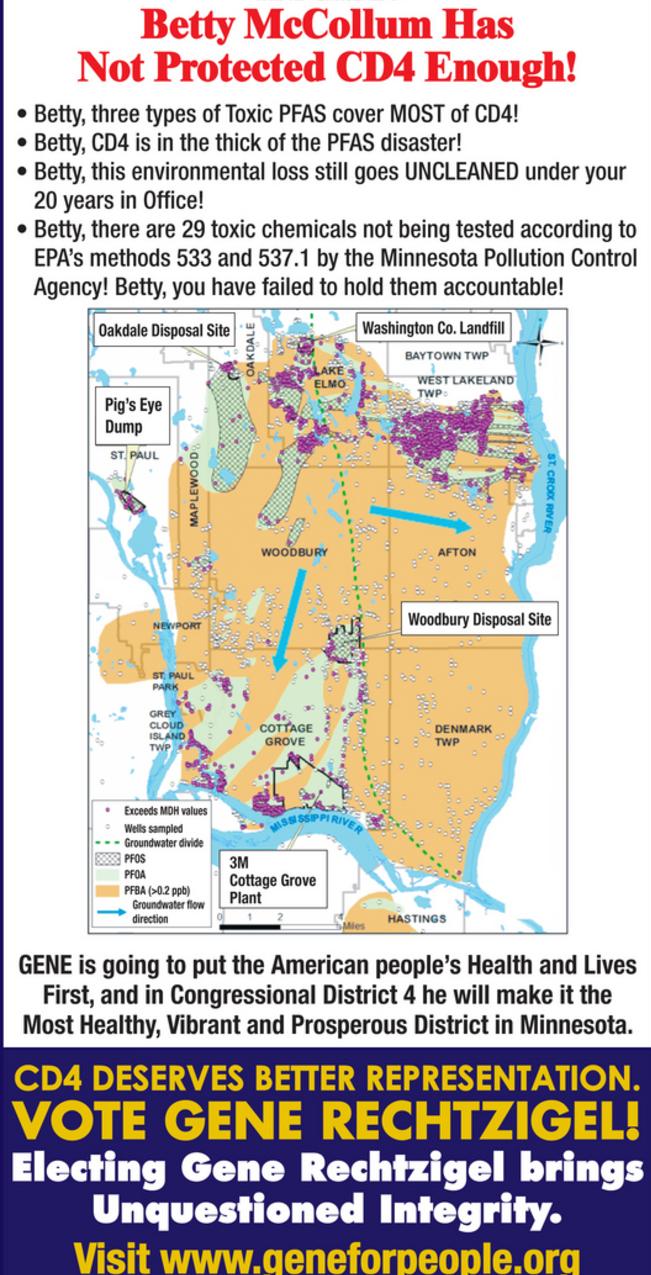 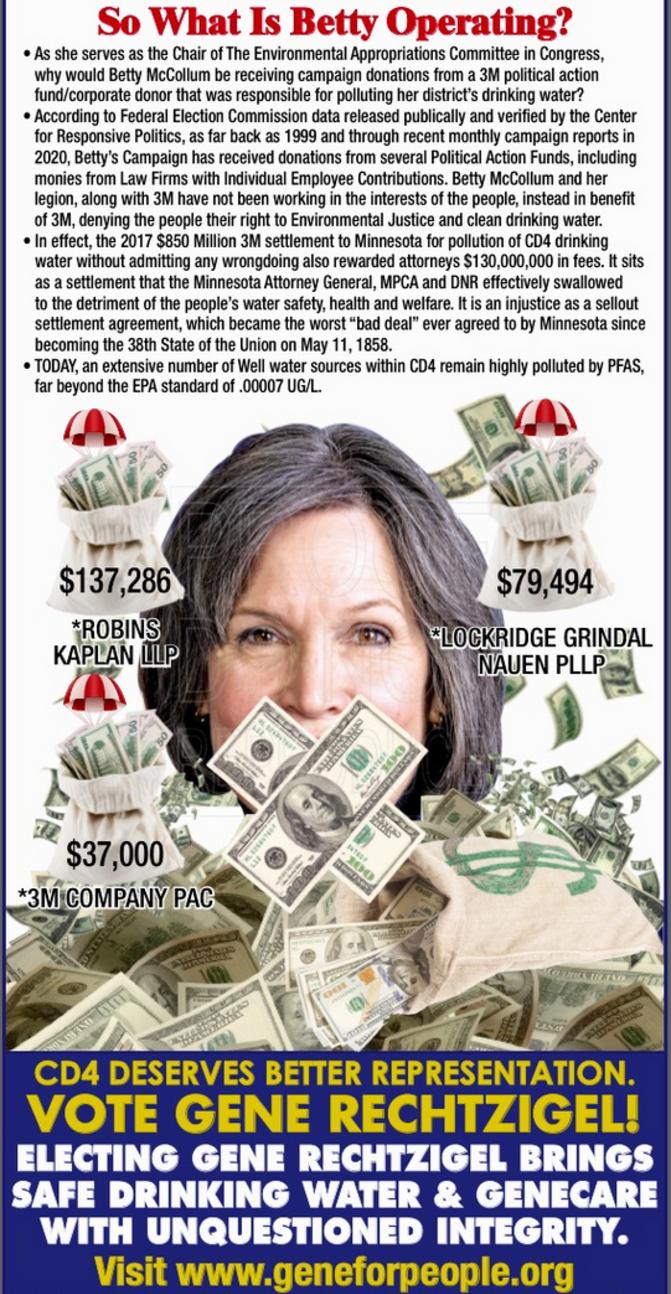 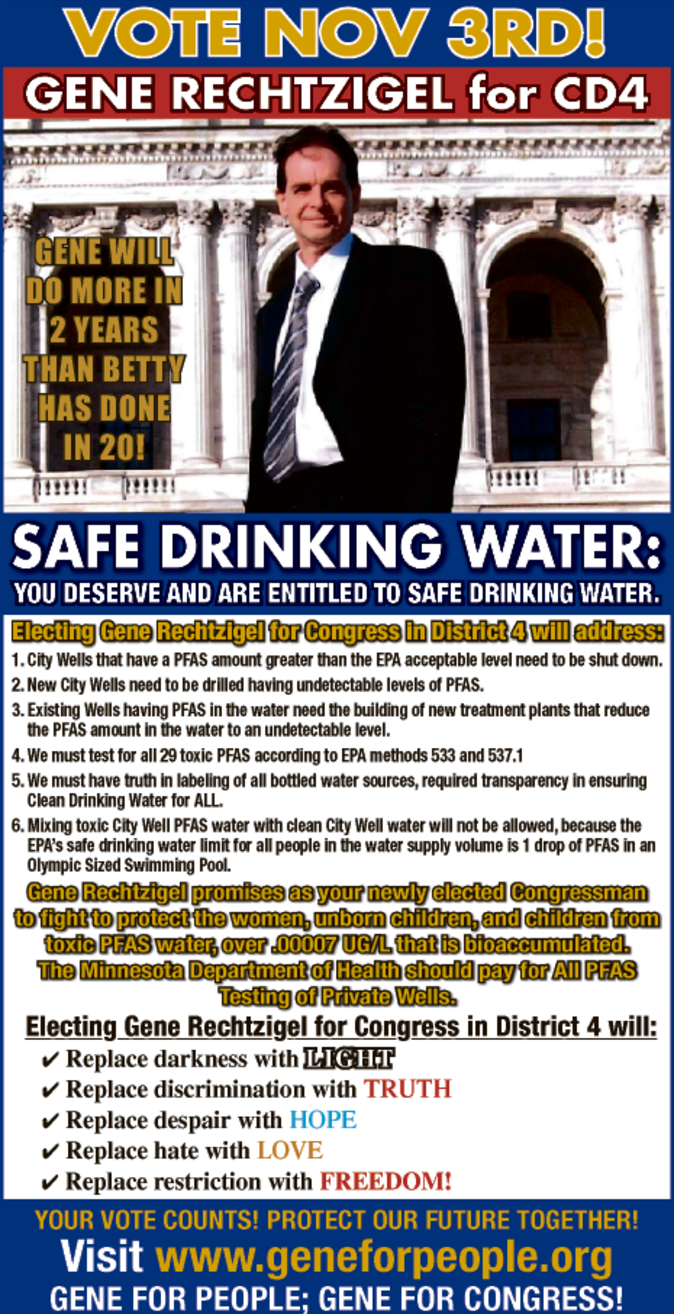 The worst nightmare in waking up is having PFAS in your cup?